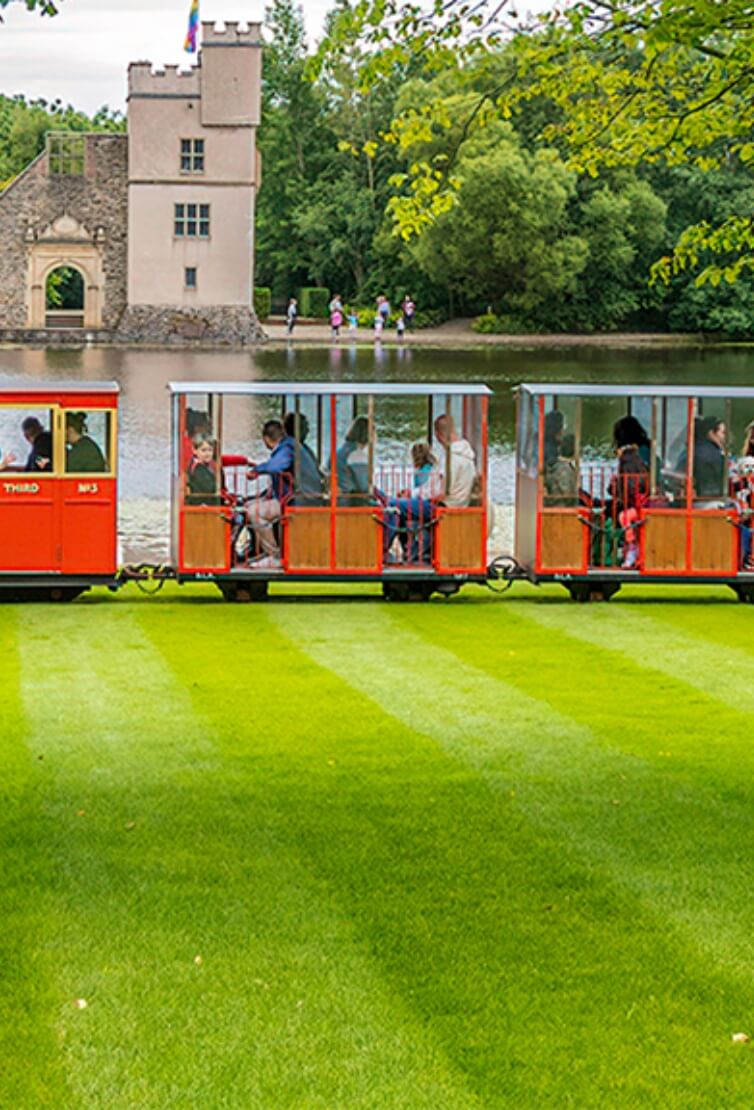 Steam through Oakfield Park on the Difflin Lake Railway. A trip on one of three trains is the best way to see all the Lower Gardens. Trains regularly run on each day the park is open. One of the most authentic family attractions in Donegal and also available for groups and private parties!

Over 4.5km of narrow-gauge railway track weaves its way through the trees, around the lakes and along the meadows, revealing many pleasing vistas throughout the park – both sculpture and nature. Tickets and departure times are available at the gate on arrival, in Buffers restaurant or in the ice cream truck. No booking is required except for group visits. The trip will take about 15 minutes. 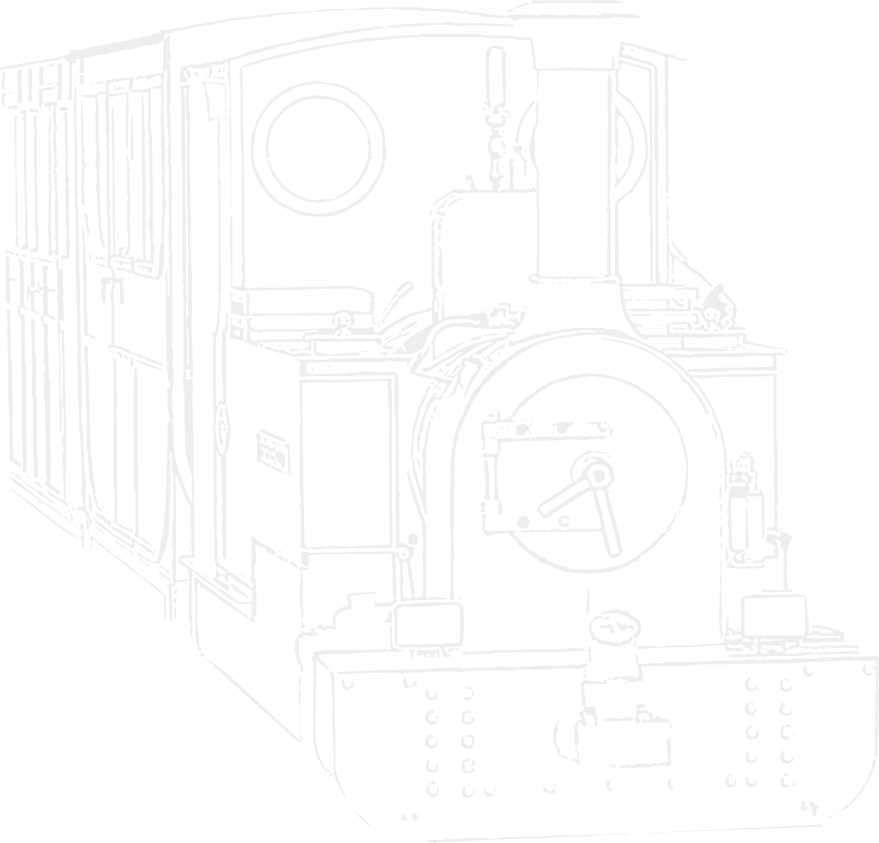 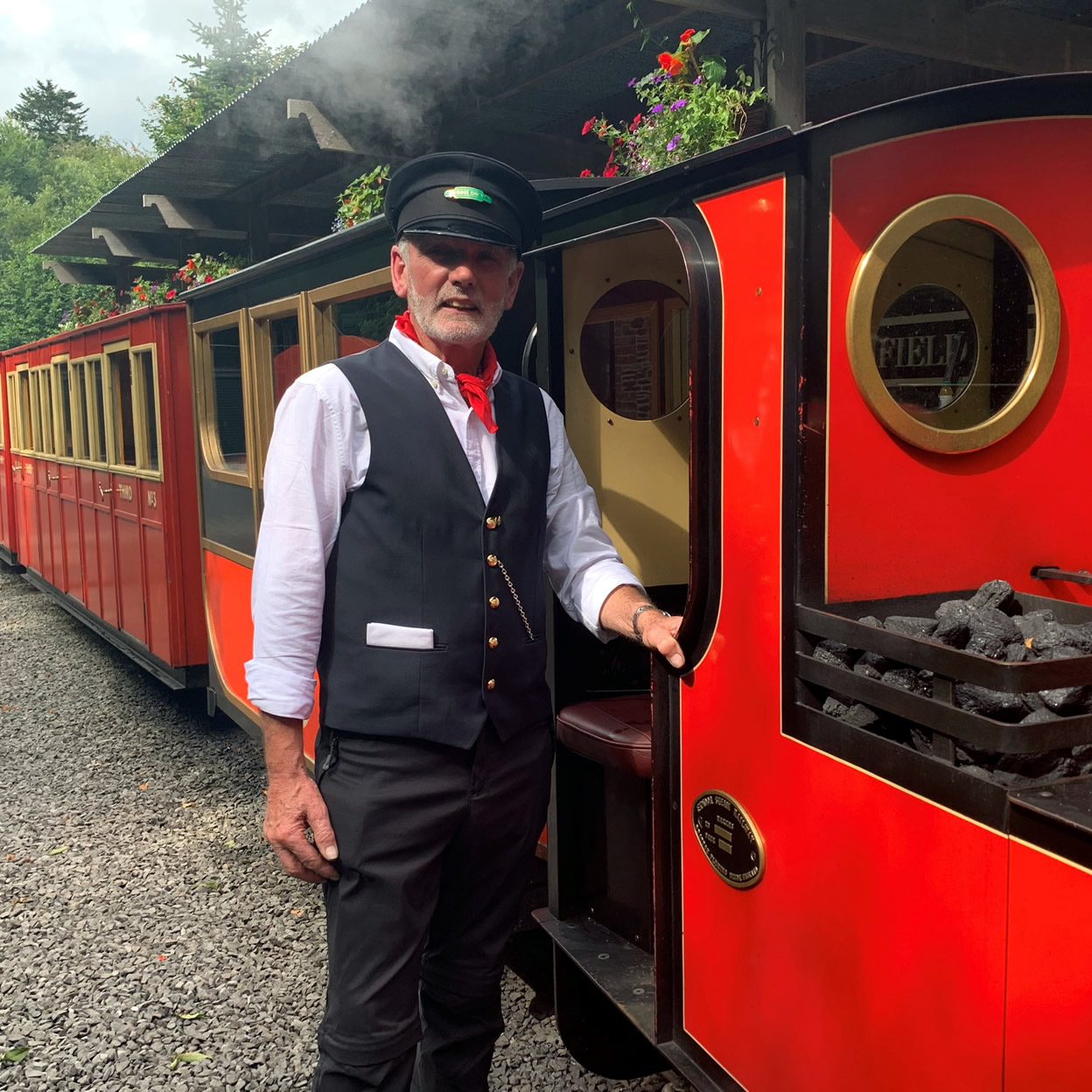 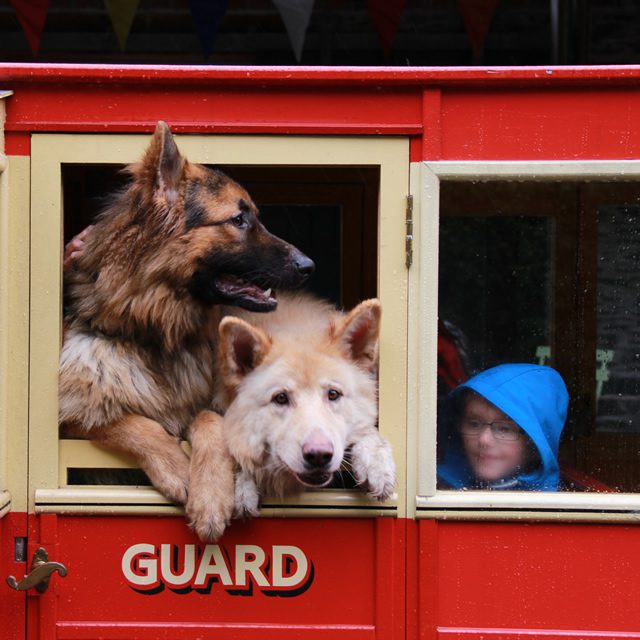 One of three locomotives in Oakfield Park, The Duchess of Difflin steam engine, with her carriages in the traditional red and cream livery of the Wee Donegal is a nostalgic delight that runs on the last Sunday of each month in the season – Steam Sunday. This is a family attraction in Donegal like no other.

At least one of the two diesels run every other day, at least on the hour. The Earl of Oakfield blue diesel engine, delights children, Thomas the Tank Engine fans and train enthusiasts alike and the green locomotive, Bishop Twysden is the first full locomotive ever built in Donegal. 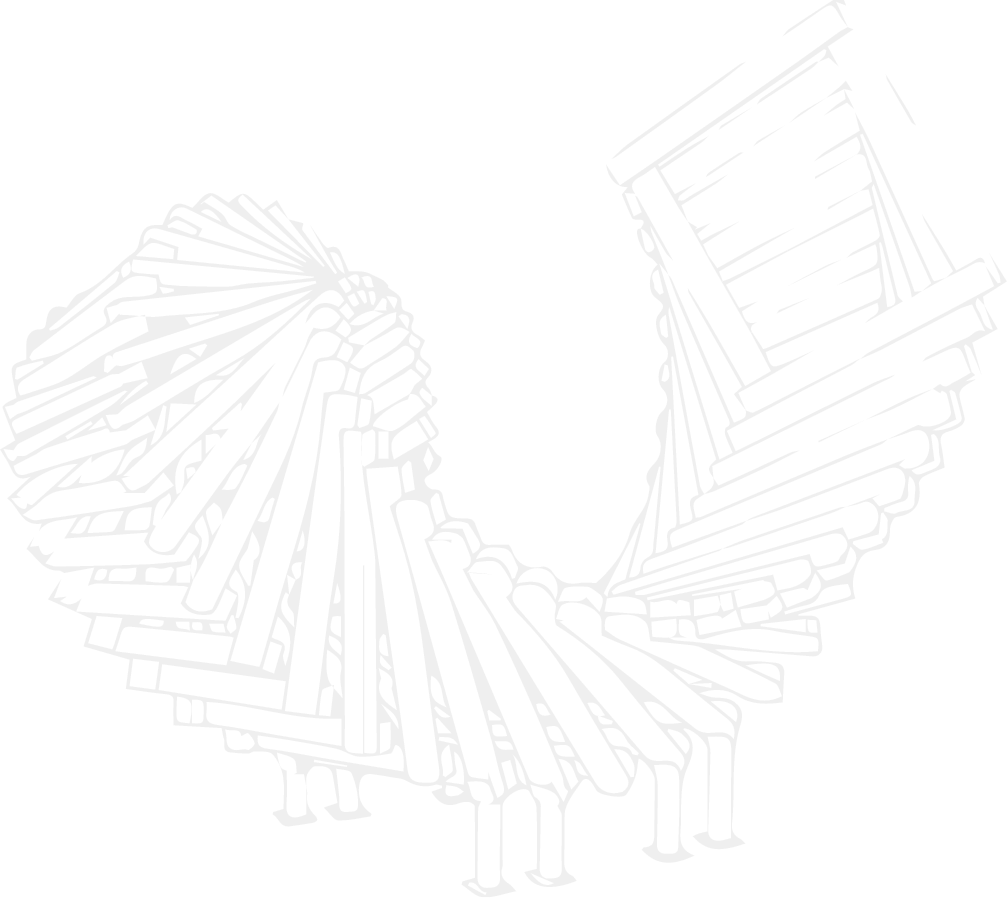 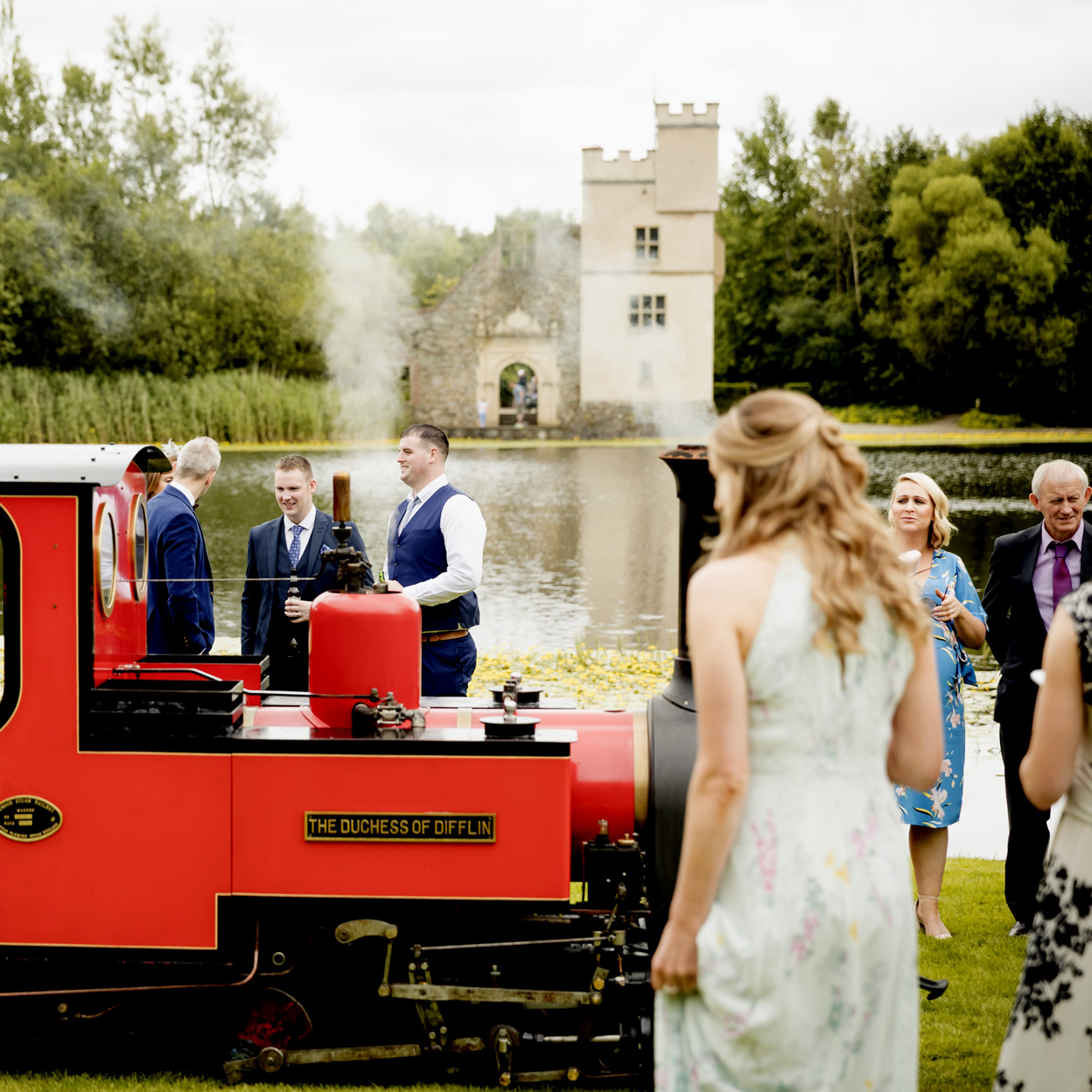 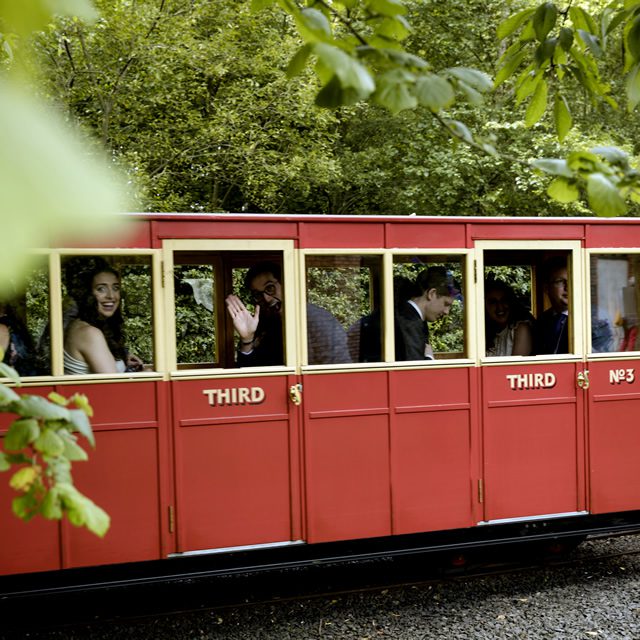 The trains of Oakfield Park aren’t just for children. Visiting groups and private parties enjoy the park grounds aboard one of our trains as much as the children. Book a private group party at Oakfield Park for nearly any occasion.

The trains also form part of all our events here from Halloween events to Teddy Bears’ Picnics and the now nationally renowned Santa Express in Oakfield Park in December. 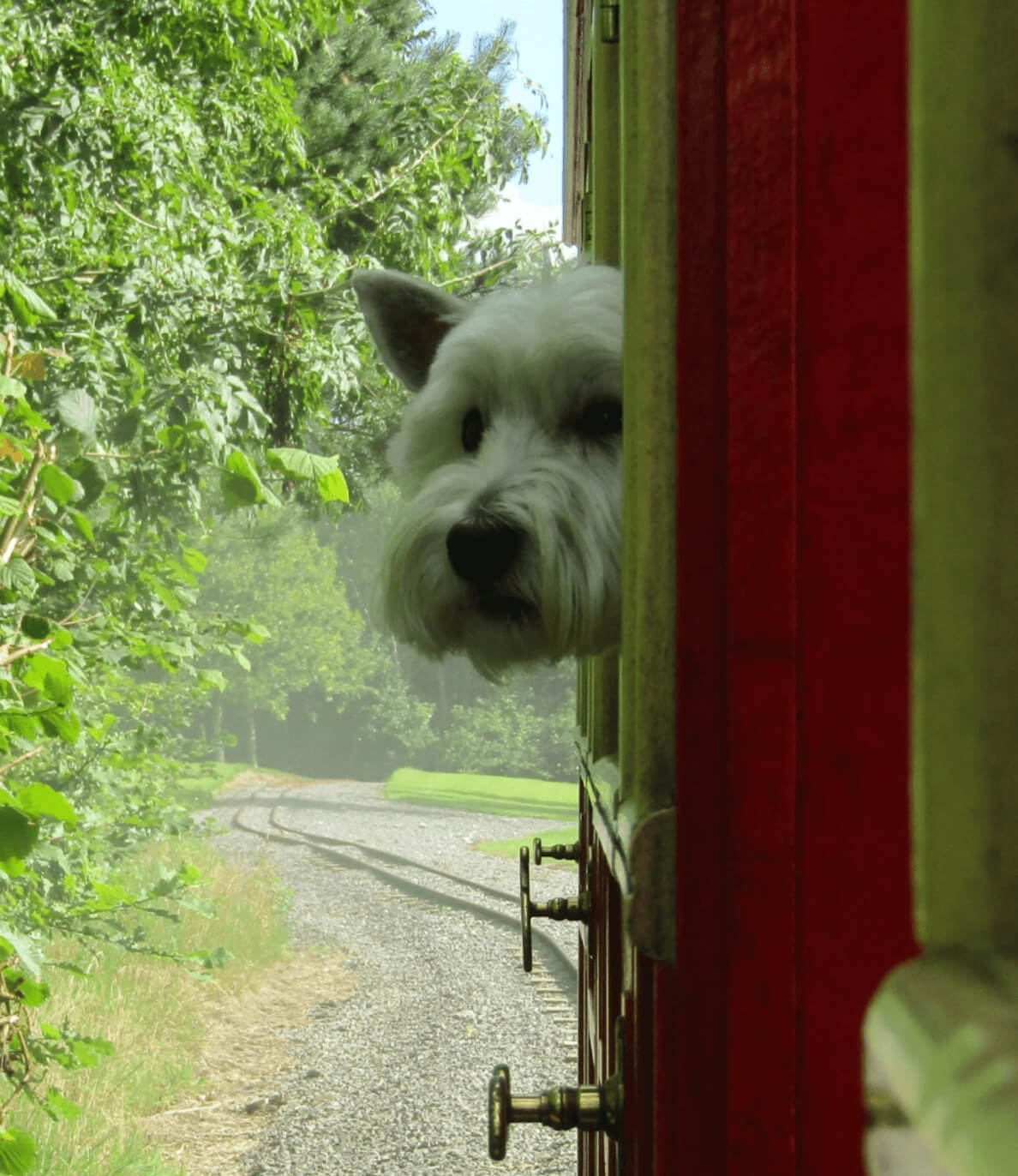 Family Pass (Entry and a trip on the train) 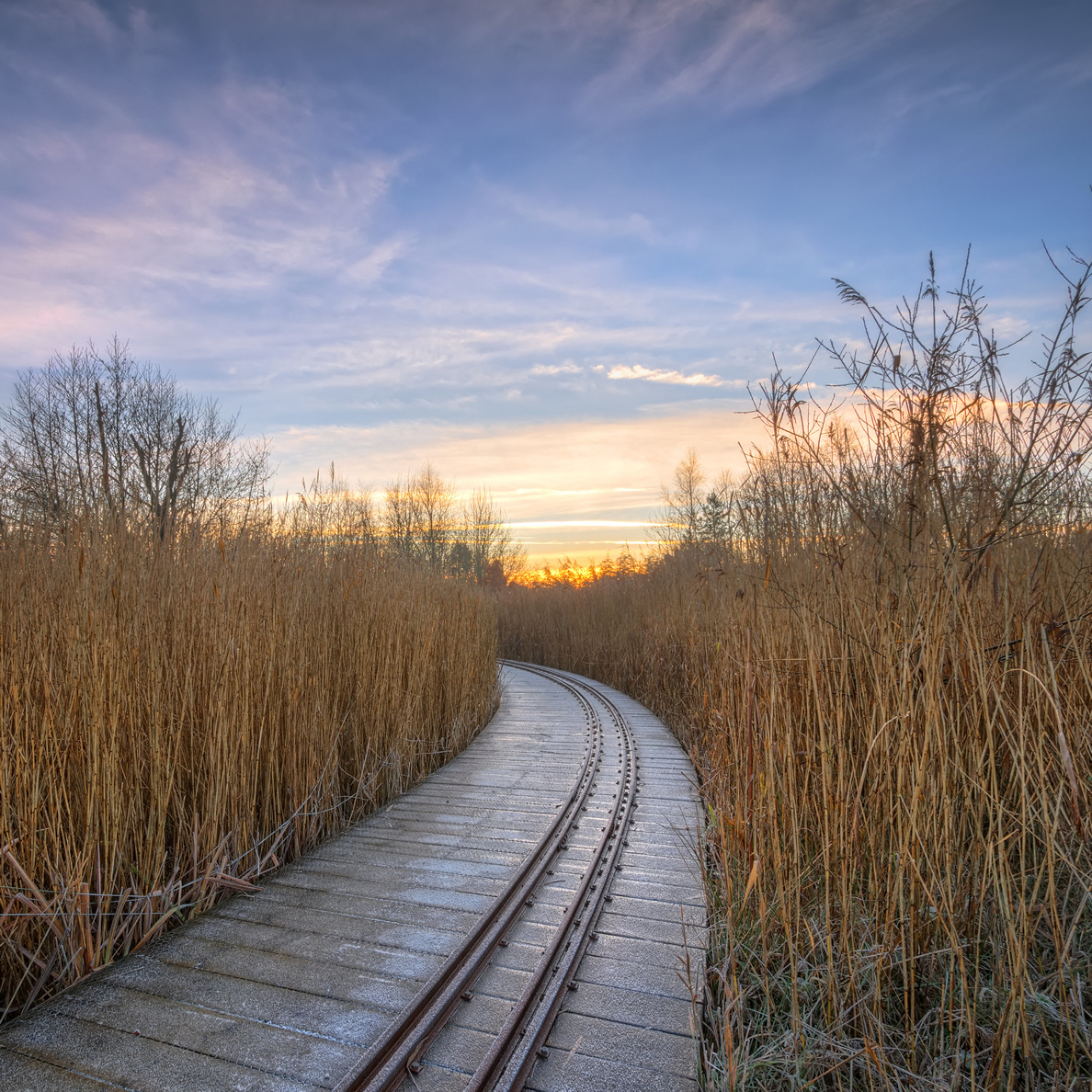 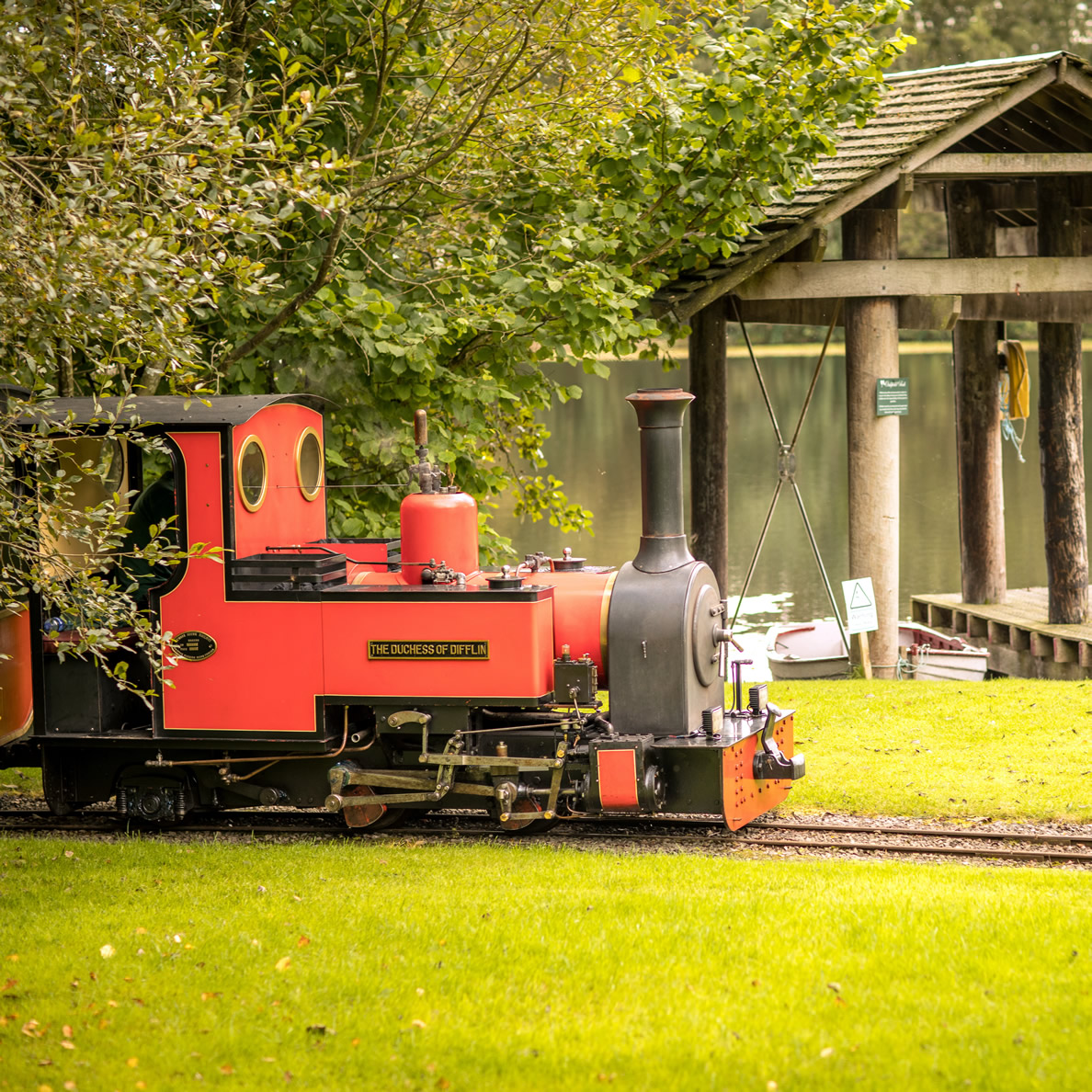 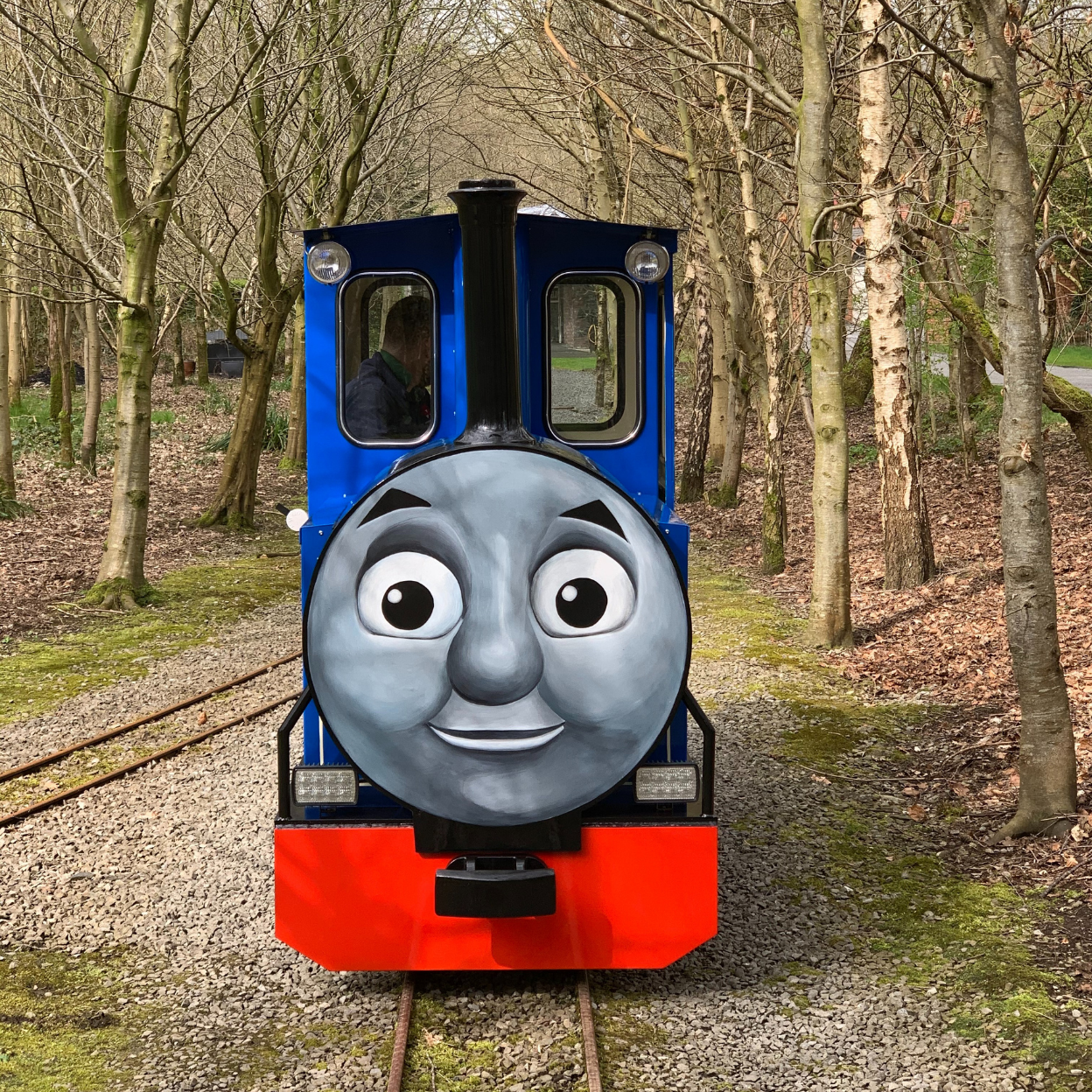 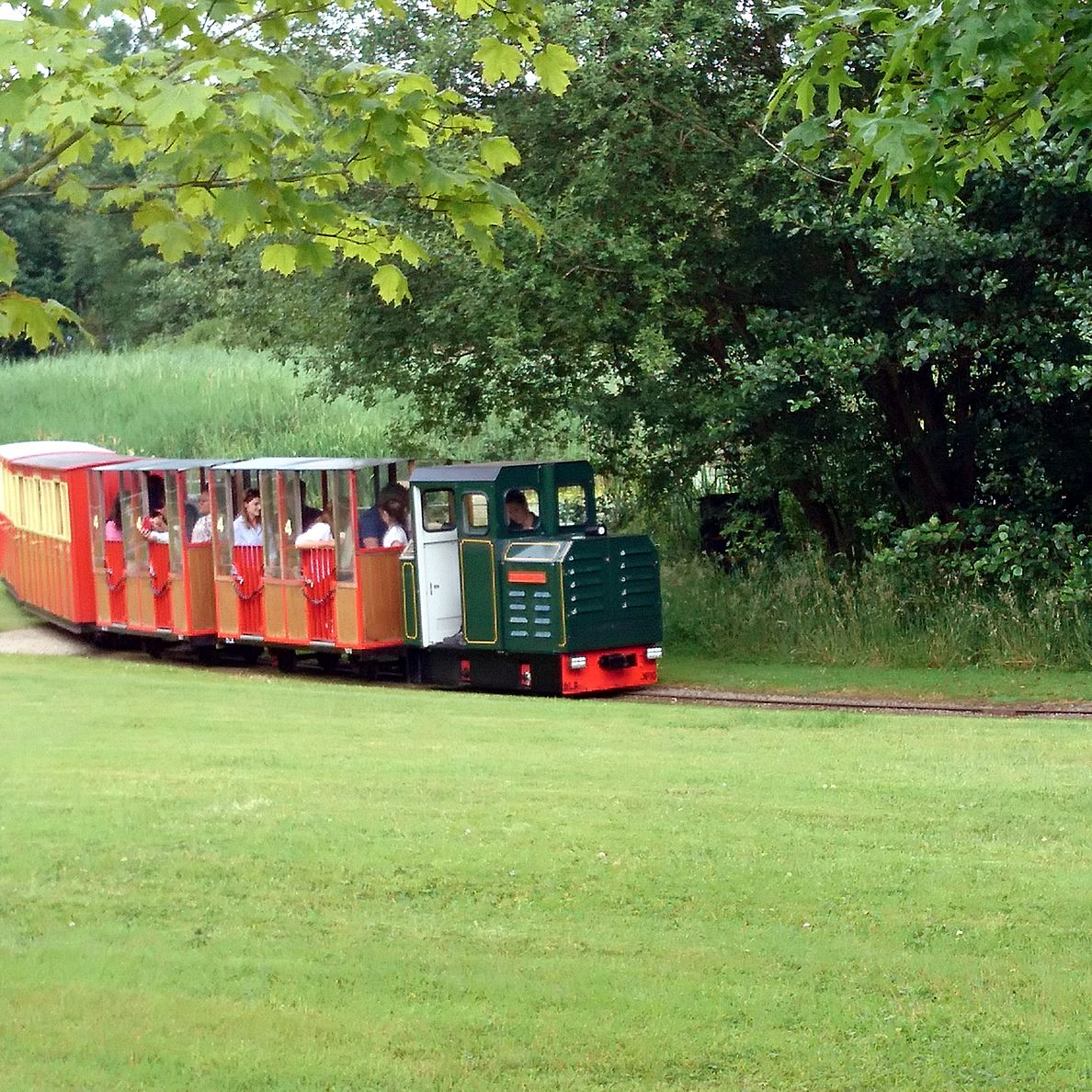 A String of Pearls to Discover 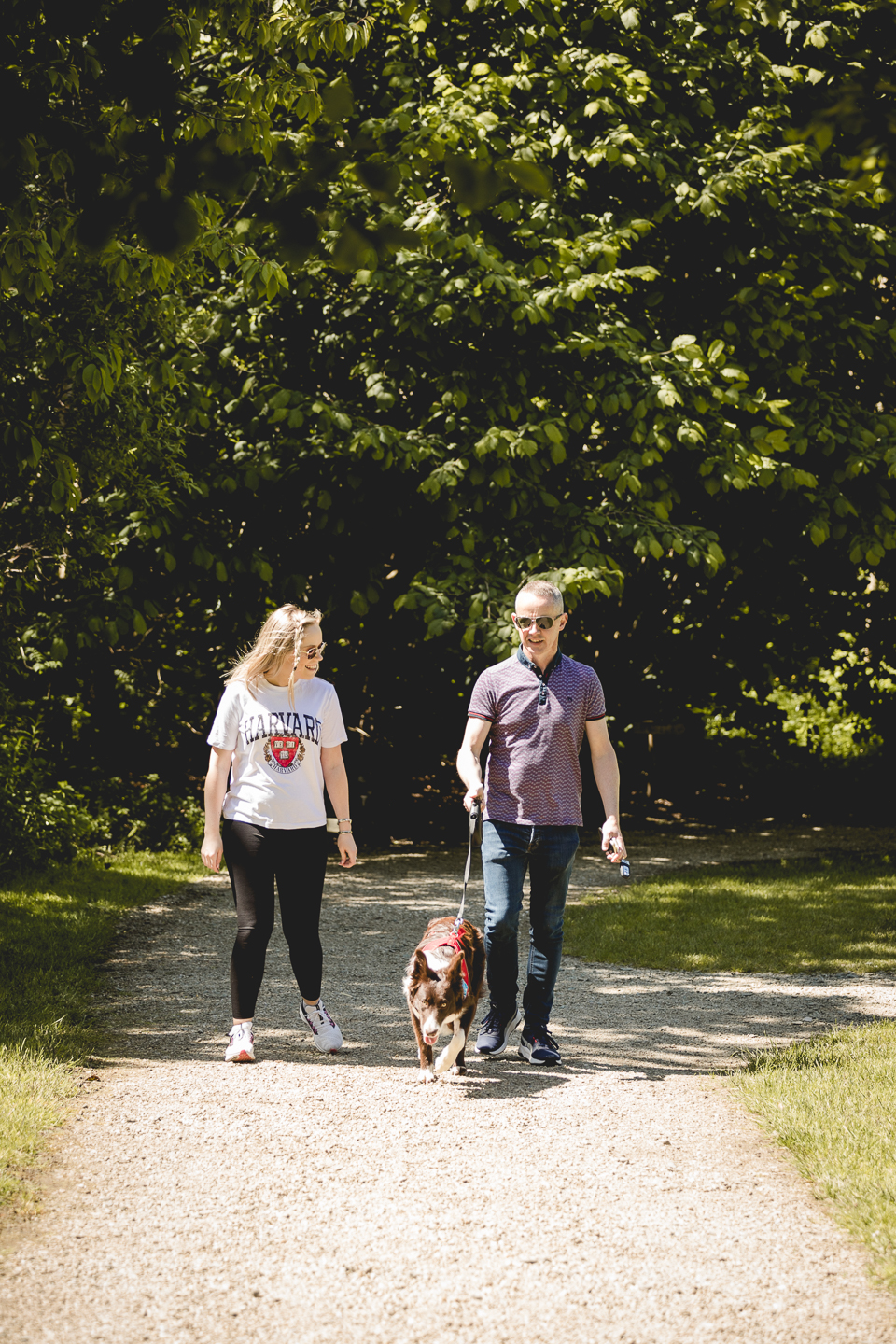 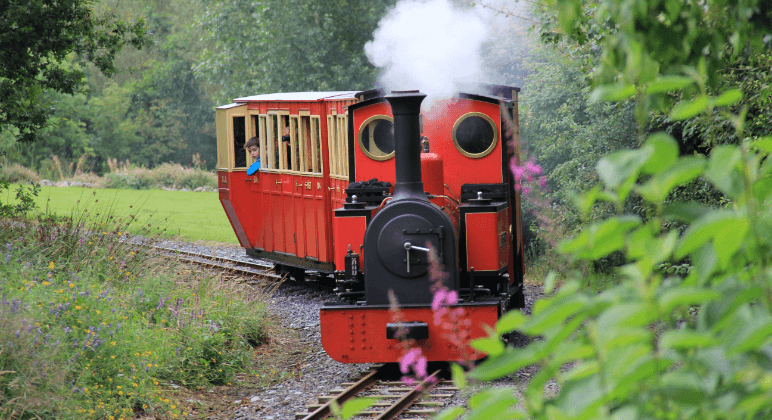 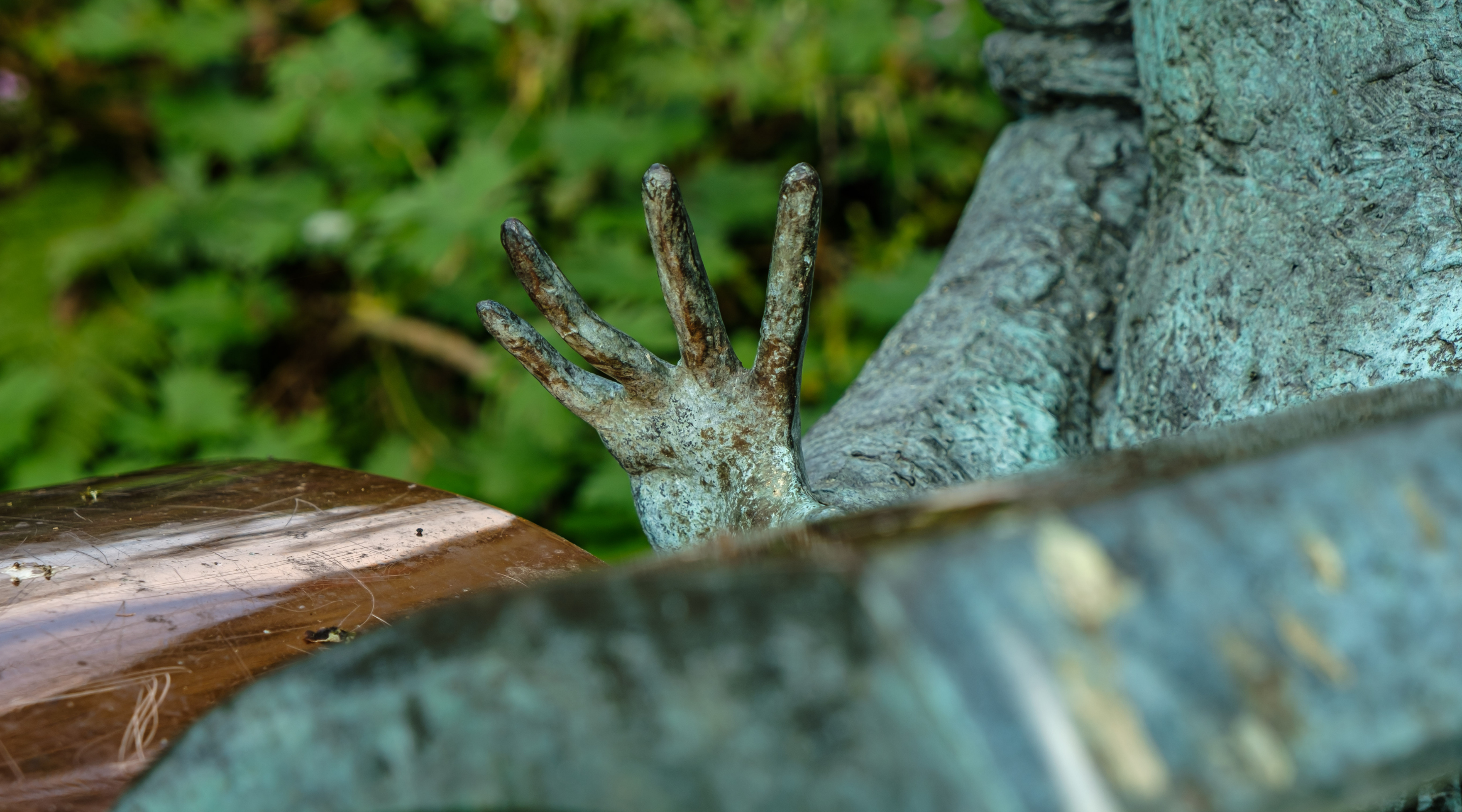 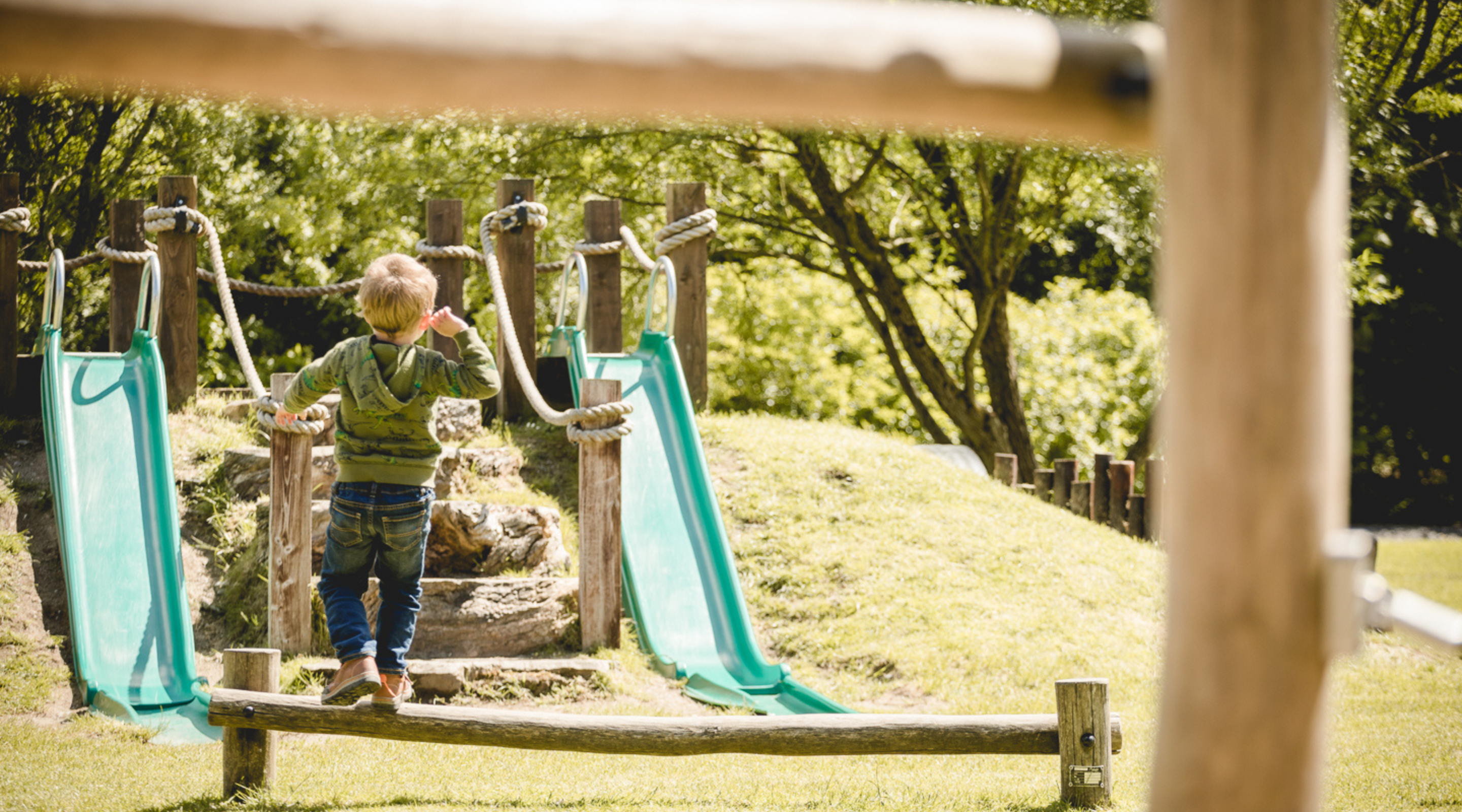 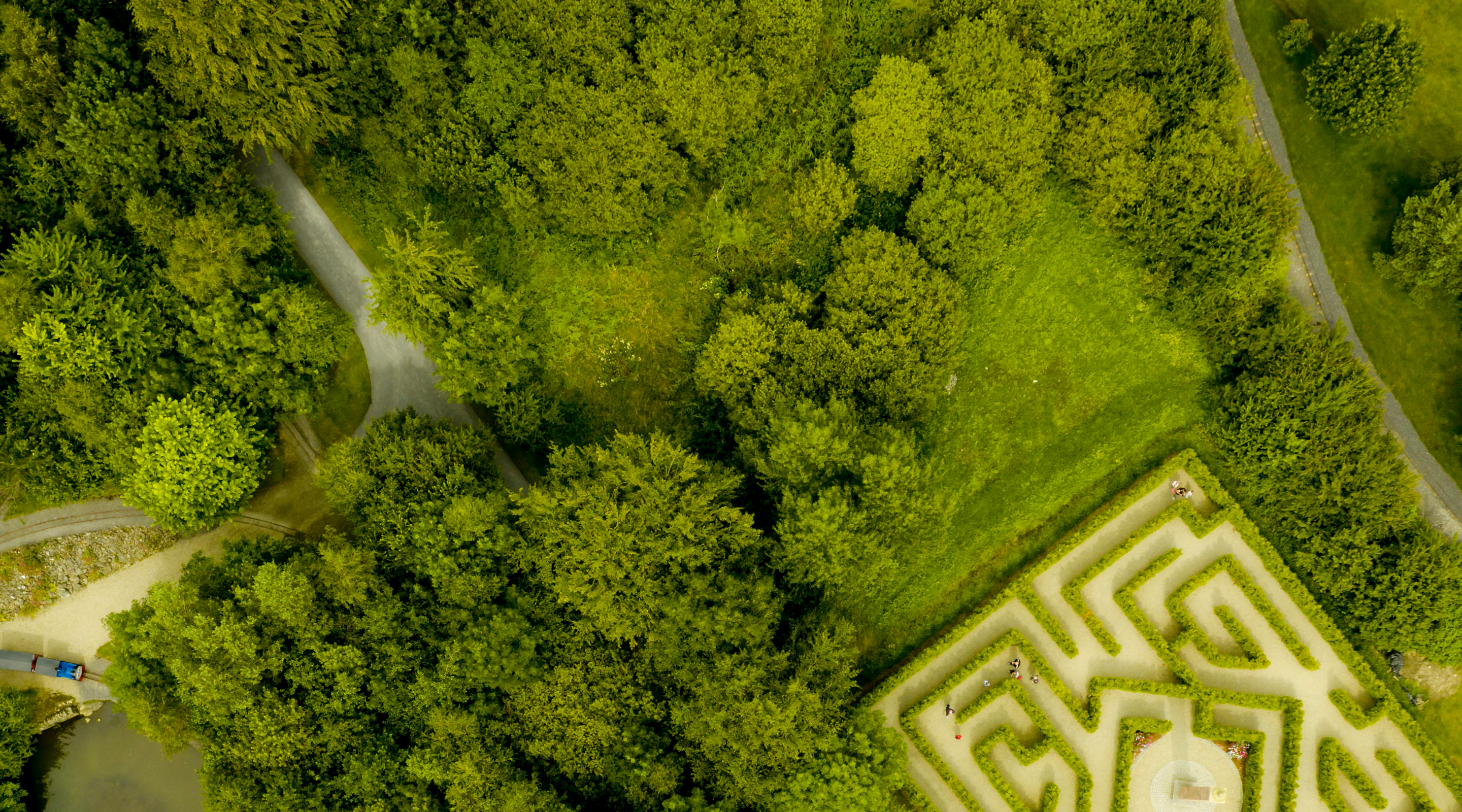 This park is fabulous! The grounds are very well kept with loads of wildlife! Plenty to see and do! Definitely on the list of things to do in Donegal

What a fantastic day

I went to Oakfield park with my 4 and 5 year old boys and in their words it was the best day of our holiday ever! From the start we were met with extremely kind and enthusiastic staff members who couldn’t be more helper. My son’s played in the playground and explored all Oakfield had to offer for six hours. It was so clean and well looked after. A hidden gem we will definitely be returning to.

Had a wonderful guided tour of the upper gardens (delighted to see 4 acres of wild flowers coming up and wild garlic everywhere) then strolled around the lower gardens later on. Scrap was still with us the last time we were here and his photo by the Faerie Tree is still one of my favourites. Oakfield is more beautiful than I remember and Morholt the Land Giant is amazing! Coffee at Buffers was great and cheap. Something for everyone.

By FAR the best Santa experience we have visited. Every part is so well planned and feels so professional. From the train to the grotto to the outdoor entertainment and puppet show. My sons loved every bit of it. We ate at the restaurant and the food was so easy to order and quick. All round a 5* experience.

Fantastic jewel of a location.

Beautiful gardens and superbly maintained. It is beautifully presented with wonderful facilities and staff. The railway is a gem and so much fun. The restaurant has good value food and great coffee. So much to see in the grounds. Do not miss a visit to Oakfield.

Get Your Season Pass

If you visit more than a couple of times a year, this is the best pass you can get. Visit as many times as you like.

Explore the gardens with our FREE to download “Oakfield Park” app

We use cookies to ensure that we give you the best experience on our website. If you continue to use this site we will assume that you are happy with it.OkPrivacy policy