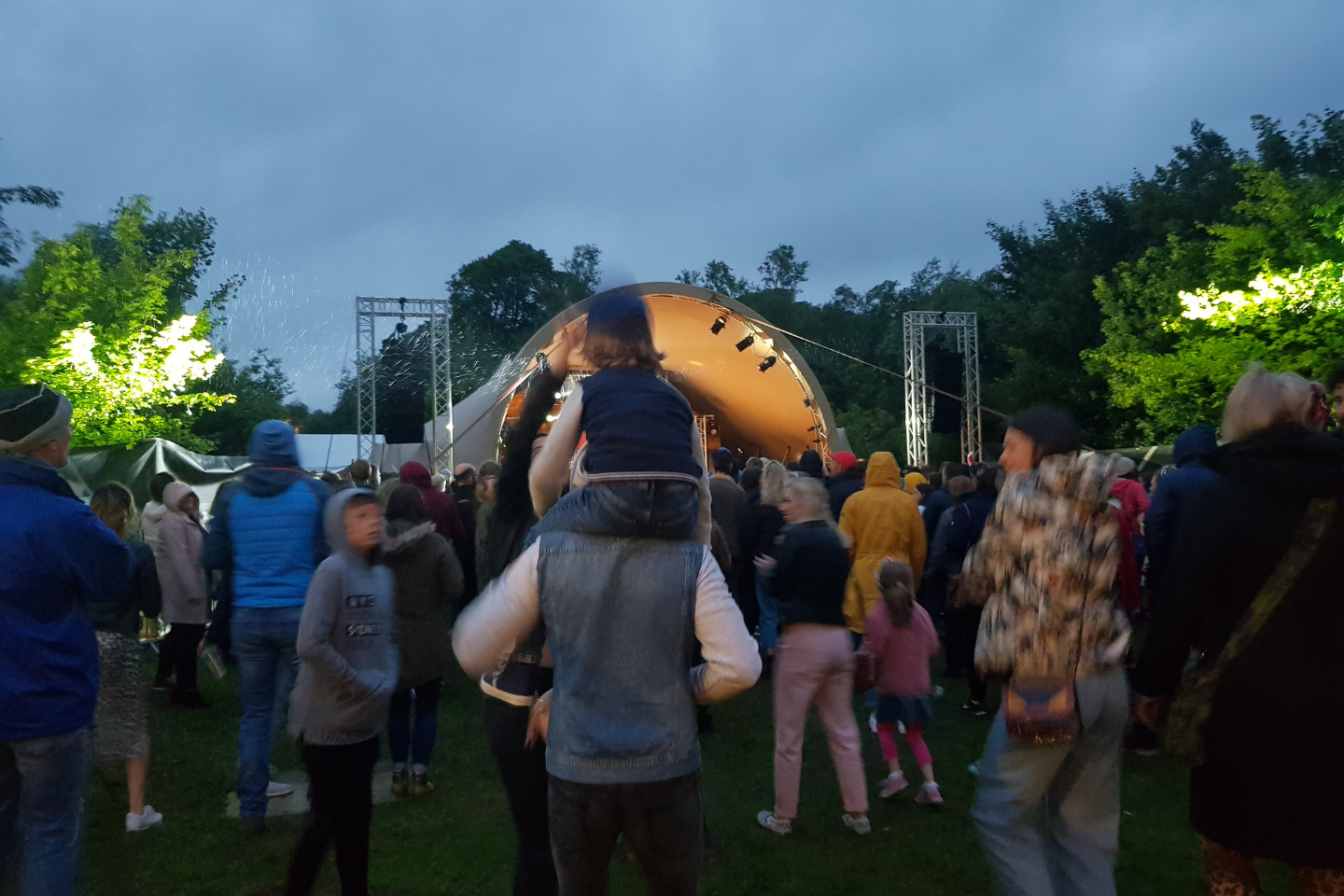 Donegal’s family friendly festival will return this year on 10th & 11th September with a fantastic line-up of acts, great food and drink and entertainment for all.
The Undertones will be headlining with a Headlined this year by legendary Derry band, The Undertones; supported by dynamic folk orchestra No Crows featuring Steve Wickham from The Waterboys and one of Ireland’s best-known singers and performers Lisa Lambe; super entertainer Rory and the Island returns; fresh off a new album and signed to LA label Beverly Martel, Rowan make their first appearance at Oakfest; on the back of a 2019 Oakfest set and multiple UK tours, Makings return; classic rock outfit Ol’ Times make their Oakfest debut; back by popular demand and with a two year collection of new material, the amazing Sheerbuzz are back and Ballybofey Singer/Songwriter Tommy Bonner (aka StrawMan) caps of a fantastic day of music.
We are beyond delighted to announce that, in conjunction with event sponsor Emerald Guitars, a second day is being added to Oakfest 2022 at no extra cost! This is a gift to everyone in a difficult year, to anyone who already has a ticket and to those still to purchase some of the last remaining.
Yes that’s correct, an extra day at NO EXTRA CHARGE!
Local, but internationally renowned bespoke guitar creators, Emerald Guitars has assembled a line-up with acts that play their instruments, and it’s not a small addition – rather an entire second day of music, food, drink, train rides and entertainment to double the original bill.
Tickets for what is now a two-day event cost only €30 for adults and €15 for children (4-16 years old) while children aged 3 and under go free and don’t require a ticket for this family friendly event. To get your tickets before they’re gone, visit www.oakfieldpark.com/oakfest or www.ticketmaster.ie

Get Your Season Pass

If you visit more than a couple of times a year, this is the best pass you can get. Visit as many times as you like.

Explore the gardens with our FREE to download “Oakfield Park” app

Go to mobile version
We use cookies to ensure that we give you the best experience on our website. If you continue to use this site we will assume that you are happy with it.OkPrivacy policy